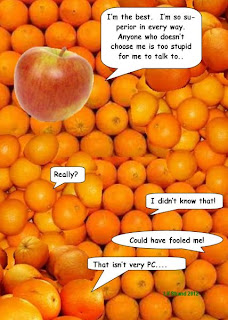 click to enlarge
Posted by Mage Music by Lif Strand at 10:32 AM No comments:

SAN AUGUSTIN PLAINS WATER GRAB MOTIONS TO BE HEARD
SANTA FE, N.M.— After four years of delays and false starts, the State Engineer is finally hearing motions to dismiss an  application to take 54,000 acre-feet of groundwater annually from Catron County. The application, filed by a New York based corporation, is being protested by over 200 residents who live in and around Datil, NM – an area known as the San Augustin Plains. The residents fear that the San Augustin basin that supplies their wells with water and contributes flow to the Rio Grande and Gila River stream systems will be decimated if the application is granted. The New Mexico Environmental Law Center (NMELC) represents over 80 Protestants.

NMELC filed a motion to dismiss the application one year ago. “The application must be thrown out because it does not comply with basic New Mexico law,” said Bruce Frederick, NMELC Staff Attorney. “The corporation’s application seeks a permit to use or sell a vast amount of water for any purpose within seven New Mexico counties.  Under New Mexico law, however, the corporation was required to identify exactly how and where it intends to use the water, and its failure to do so means that the State Engineer cannot consider or approve its application.”

WHAT:  Hearing before State Engineer addressing motions to dismiss the water rights application


INTERVIEWS AND IMAGES ARE AVAILABLE UPON REQUEST
www.nmelc.org

The mission of the New Mexico Environmental Law Center is to protect New Mexico's natural environment and achieve environmental justice for New Mexico's communities through legal representation, policy advocacy and public education. The New Mexico Environmental Law Center’s attorneys have handled over 100 critical cases in low-income and minority communities fighting pollution and environmental degradation. The NMELC charges few, if any, fees to its clients, most of who are from Hispanic and Native American communities. The NMELC celebrated its 20th anniversary in 2008. Membership and gifts help New Mexico communities protect their natural environment and their health from toxic pollution, the degrading effects of growth and liabilities created by irresponsible mining. Call Sebia Hawkins, Director of Development 505-989-9022, ext. 27 for more information.