People who can't follow directions will inherit the earth 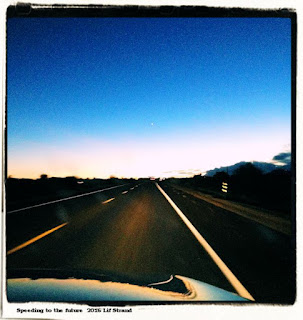 Oh, you think that's so crazy? Hello! Think about it:  Innovators and creative types are people who want to do things differently. They are the people who push the envelope. Who dare to step outside of safety. Who, frankly, just can't even understand the point of directions when there are so many other ways of doing things.

They're the ones who have always dragged humanity forward, in spite of the kicking and screaming. They've been doing so since humans first were humans. Maybe before then.

How do I know this? Because most people – and, to be fair, most living creatures – desperately want to stick to the status quo. The known. The safe. Humanity doesn't want to change... but it has.

Innovators and inventors, artists and intellectual agitators: These people are the evolutionary edge of humanity. They don't care about the known or the safe. They don't care about how anyone else does anything.  They're the people who don't quite get why things have to be the way they are. They want to see how things might be. They are compelled to step out of the cave, out of the castle, out of the arena of political correctness and social approval because they need to see what other options might be out there.

So.  These people who can't follow directions, they are people uncomfortable in the world that is. And the better they are, the more they they make other people uncomfortable. When people are uncomfortable, they move. They change. Maybe a little... but little can add up to a lot given enough time or enough people changing.

These innovators, these artists, these creators are people who do what they want, not what they should. They see and hear and feel things that others don't. Their minds are reinventing the world as they walk the fine line between what society hungers for and what it will tolerate.  Creativity is a by-product: Stuff that the rest of the world can perceive of what goes on in those innovative minds.

Growth. Change.  Somebody's got to do it because the alternative is stagnation and death..

These people cannot be subverted by safety.

They are not meek, these people who can't follow directions.  They are merely oblivious to propriety. But mark my words: They are the ones who will inherit the earth.  Always have been, always will.