Spiritual Horsemanship - project development: Where's Lif?: I haven't posted here in a long time, but that's not because I haven't been writing.  I've been putting my time into another...
Posted by Mage Music by Lif Strand at 8:53 AM 1 comment:

Is It Soup or Is It Compost?

I don't often want to cook. No, let me rephrase. I rarely want to cook. How this plays out in the real world is that when I get the urge to play chef I usually don't have a lot of ingredients available to cook with.

Yesterday I got the urge to make spaghetti sauce. Mmmmm - that nice tangy red sauce that goes over pasta, and that you enjoy with warm bread fresh out of the oven. Mmmmm.

Well, not at this house.

If you haven't read other stuff I've written, you might not know some important facts about me that influence my culinary efforts:

Combine the above with an only sporadic interest in cooking and you can imagine that not only is there not much meal planning going on here, but when I do decide to cook, what I want to eat and what I make are not necessarily going to be the same thing. 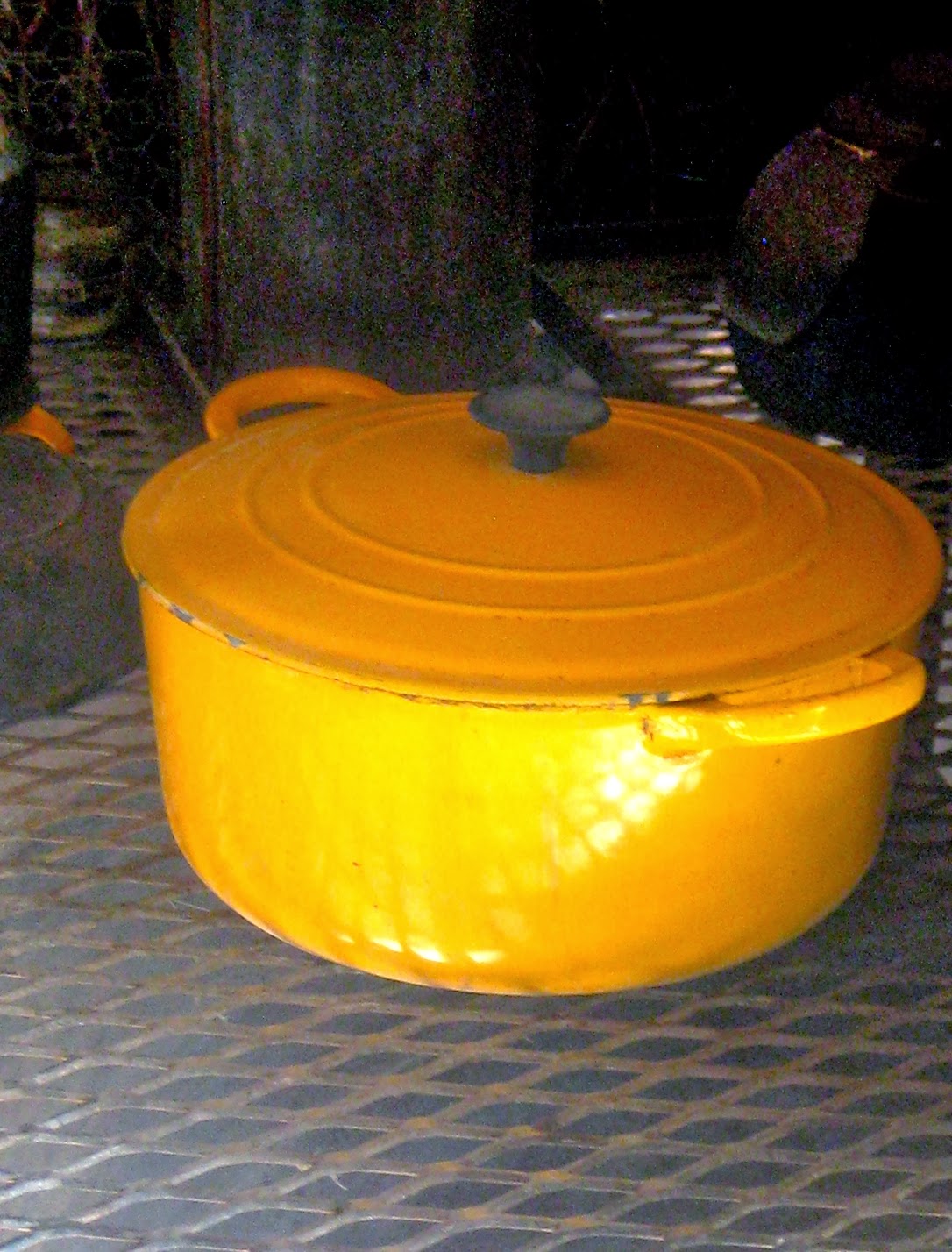 So yesterday I get the urge for spaghetti.  First I built up the fire in the wood stove and started heating some olive oil in a suitable sized pot.  Then I started sauteing onions - I happened to have some that weren't growing too much greenery.

I went through the fridge and saw that the celery was getting old, so I chopped up some of that for the sauce and chopped up some for the chickens. I saved the stem end plus a couple inches of stalk to sprout and become more celery someday*.

Rummaging around, I found some carrots that were ready to use now or to feed to the critters in a day or two more, so carrots got chopped up and added to the pot to saute. I like the sweetness that carrots give to a sauce. The ends and mushy parts I saved for the horses.

Time to add some tomatoes. I checked in the cupboard - uh oh. One measly can of chopped tomatoes and one of tomato sauce. I have learned to check the expiration date on any food stuff I find in my house, and unfortunately these cans were... quite old. Old enough to start kindergarten.

I grow tomatoes in the house all year long, but I don't use grow lights. Thus in the dead of winter the plants are not enthusiastic about producing fruit, so no help there.

So no red spaghetti sauce. Time to regroup.

As you may have concluded, following recipes is not my thing.  I like to wing it when I've succumbed to the urge to cook.  So... if I wasn't going to be making red spaghetti sauce, it was time to explore my other options.

There was half a head of cabbage waiting for me to remember it - actually quite fresh. I chopped that up (saving the stem end for growing a new head of cabbage*) and added it to the pot to cook.

I had some organic chicken broth that I was going to use last Thanksgiving and didn't. Its expiration date hasn't even been reached, how lucky for me and for my dog Joe. Some of the broth went into the pot when I decided the veggies were cooked enough and some went over Joe's kibble.  He liked that.

I added some water and leftover coffee from the morning to cover the veggies (I like to add coffee because it adds a richness to sauces), plus some garlic and some salt, and let it all cook a while.

When it started smelling good I gave it a first taste. Hmmm.  I rummaged around in the cupboard and found a can of organic black beans and one of pumpkin. Dogs seem to like cooked pumpkin a lot, so Joe got a tablespoon of pumpkin before the pot did.

For a final touch, I added some dried oregano and basil - I grew those and dried them myself, I'll have you know!

The soup was smelling real good and the occasional taste confirmed it, though it hadn't cooked long enough to have fully blended by the time I went to bed.  I put the pot outside in the cold (it was in the 20s out there) rather than heat up my fridge, and put it back on the wood stove this a.m. to continue cooking.

If I was going to do this right, I'd put the soup in a blender and I'd add some sherry. I'm too lazy to do the blender and I don't have any sherry, which is too bad because I can tell that would really provide an extra depth and richness that the soup calls for.

I'm working - in my own way - on a loaf of sourdough for this evening.  By the time the bread is done the soup will be perfect.

But I still want the spaghetti, darn it.

*I did say that I don't garden well, but I'm always hopeful.
Posted by Mage Music by Lif Strand at 12:57 PM No comments: