In another life I was a mad scientist. In this one I'm a modern contrarian.

As those who know me are aware, my idea of fun is to try something new and different without reading the directions. I guess it must be something in my personality, or my astrological chart or some deep-seated neurosis from my childhood.  Be that as it may, reading -- much less following -- directions is so not me.

I decided some years back that because I love sourdough bread, I should make my own. How that developed is a story for another time, but I am now accomplished at baking bread on top of a wood stove (not in a Dutch oven).

That's well and good, but as spring progresses, the days are warming up to the point where I don't particularly want to be building fires in the wood stove, even first thing in the morning. So my most recent adventure is learning how to bake a loaf of bread on an outdoor grill.

Oh no, no, no. Don't you go thinking I'm weird. I Googled it and discovered baking bread on a gas grill is old hat. Lots of people do it (and here I thought I'd come up with something unusual). Besides, this is legitimate research: The other day I got invited to a friend's house to make pizzas in her new outdoor pizza oven. I want one, not so much for pizza (though I'd use it for that, too) but for break baking.

But wow, what an investment in time and labor to build one. Hence the grill. If I learn to use it and like baking bread outdoor enough to keep using it, maybe I can justify building a nice wood-fired oven over in a corner of the yard.

Not that I was going to read the directions closely, mind you, but I did skim through a few web pages to get the gist of it. Part of my tendency to skim is because unfortunately much of the info out there for the weird projects I do is useless (poorly written, written by people who've obviously never done it, or the instructions call for equipment I don't have). I figure if the instructions have to be worked around there's no point in reading closely, right?

And yes, I will have to do some creative work-arounds for baking bread on a grill. For one thing my grill is older. It doesn't have a fancy two-level rack system to keep the bread from getting scorched by the flames, nor does it have a built-in thermometer. For another thing I want to use the heavy enameled cast-iron bread baking bowl I always use, not a stone cloche (really?) or a pizza stone (could I just use a rock?) or doubled cookie sheets (who knows where mine are).

And for that matter... where is my grill, anyway?

So, earlier today I decided I should be proactive and get the grill out from where it's been stored for several years. I had to use a shovel to dig a hole to lower it so I could pull it out from under... no, no point in going there. Let me simply say I got it out of where it's been stored and tugged it over to my yard next to the house. Opened it up and whoa. Good thing I was being proactive. Lots of dust in there. It would be a good idea to see if the grill would even ignite and hold a flame, and of course doing so would burn off the cobwebs, too.

Then the next question: Which, if any, of my propane tanks actually had gas in it? Hint: None of the small tanks that I can lift. I eyeballed the four-foot tall tank that requires my using a hand cart to move it. I thought about how I'd have to unhook it from what it was hooked up to, and the gymnastics that would entail. I thought about how much easier it would be to get a propane tank filled next time I'm in town.

See how these things go?

Looks like I will bake this next loaf of bread on the wood stove after all. It's not nearly as warm in the house as I thought. A fire would be nice. Yes it would. Really. 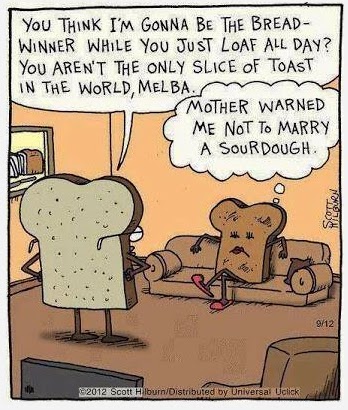 Posted by Mage Music by Lif Strand at 3:17 PM